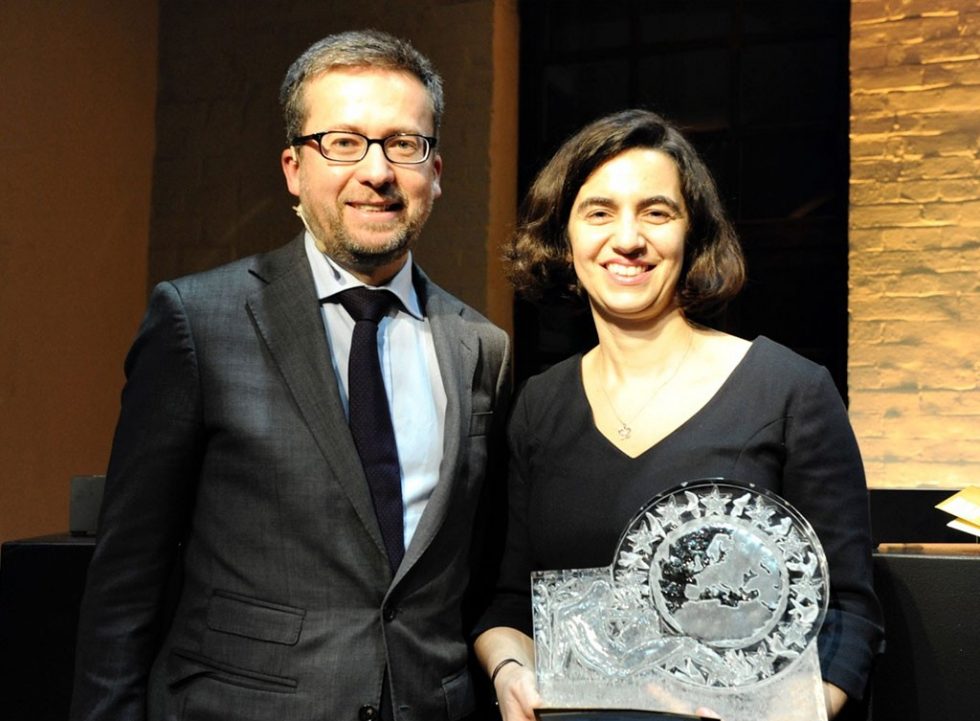 The prize was handed by Carlos Moedas, European Commissioner for Research, Science and Innovation during a Citizens’ Dialogue event in Brussels on 10 March on the importance of women in Business and Research.

The finalists were selected by a high-level jury consisting of independent experts from business, venture capital, entrepreneurship and academia. 64 applications were submitted for the 2016 edition of the Prize. The companies created by the contestants showcase innovations in a wide range of sectors, with life science and ICT being the most dominant ones.

With the EU Prize for Women Innovators, the European Commission wants to give public recognition to outstanding women entrepreneurs who brought their innovative ideas to the market.

But “innovative” is not enough to describe Veniam and what they’re bringing to the market.

Veniam is a spin-off company of the Universities of Porto and Aveiro, founded by João Barros, Susana Sargento, Robin Chase and Roy Russell.  Its innovative and advanced networking technology connects infrastructures, people and moving things to each other, addressing the growing challenges of rapid urbanization.

Since September 2014, more than 400 STCP buses circulating in Porto, Matosinhos, Maia, Gondomar, Valongo and Vila Nova de Gaia, are providing Wi-Fi service, allowing passengers to have free internet access during their journeys. This innovative system, was developed by Veniam and made STCP the first public transport operator to provide Wi-Fi coverage on board of their buses.

Early this year, Veniam announced a $22 Million Series B investment. This scaleup is now expanding its full-stack platform and deliver managed services over networks of connected vehicles to be deployed in urban fleets, ports, airports, factories and other transportation ecosystems around the world, including New York, Singapore, Barcelona and London.

One day to deep dive into data and improve the City

As part of the ScaleUp Porto strategy, the city of Porto opened the door for…