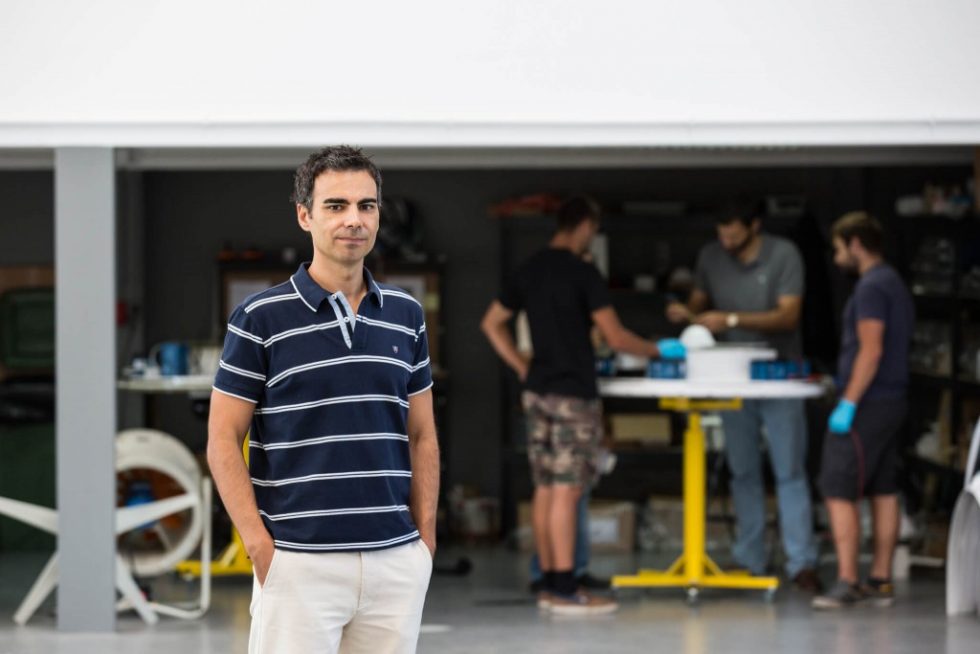 Omniflow was the winning company of “Energy” category in Desafios Porto 2016’s program, whose objective is to light public spaces in an intelligent and sustainable way. The initial product concept emerged during the innovation prize EDP Richard Branson in 2009.

The solution presented by the company is called “Omniled”. Pedro Ruão, founder and CEO of Omniflow, told us that the product is “a hybrid system of autonomous lighting that generates its own energy through photovoltaic and wind power. The entire energy generated is stored in batteries inside and used in high-performance LEDs, which allows lightning to be generated using small amounts of energy”. The product has several applications in smart cities such as lighting commercial or public areas, telecommunications and video surveillance systems.

Asprela was the area selected to implement this solution because it is a fairly busy area due to the university campus, in which the poor lighting poses a security problem. “It was seen as an opportunity to show that increasing the lighting, providing video surveillance included in the equipment and integrated wifi, we could increase security levels and transform this area into a more habitable zone, especially from dusk until dawn”.

The product works through a vertical turbine, installed in the renewable energy generator, which is able to capture the wind from any direction, regardless of it’s intensity and more efficiently than traditional wind turbines. High performance photovoltaic panels are also installed on the surface of the inverted wing ensuring double energy production – wind and solar. In addition to ensuring an almost silent operation so that it can be used in residential areas, it allows a greater yield per adapt to the wind direction.

The year of 2016 has been of great growth for the company. Currently with nine employees, Omniflow is represented in Germany, USA, India, Turkey and China. The product is being used in more than eleven countries. The goal for the coming years is to “scale the size of the company to a global reality”.

HealthyRoad was the winning company of "Mobility and Environment" category in Desafios Porto 2016 program, whose…

Smart Capital brought together investors, companies and entrepreneurs of Porto

Two months ago, the city of Porto invited the entrepreneurial community to propose activities targeting…