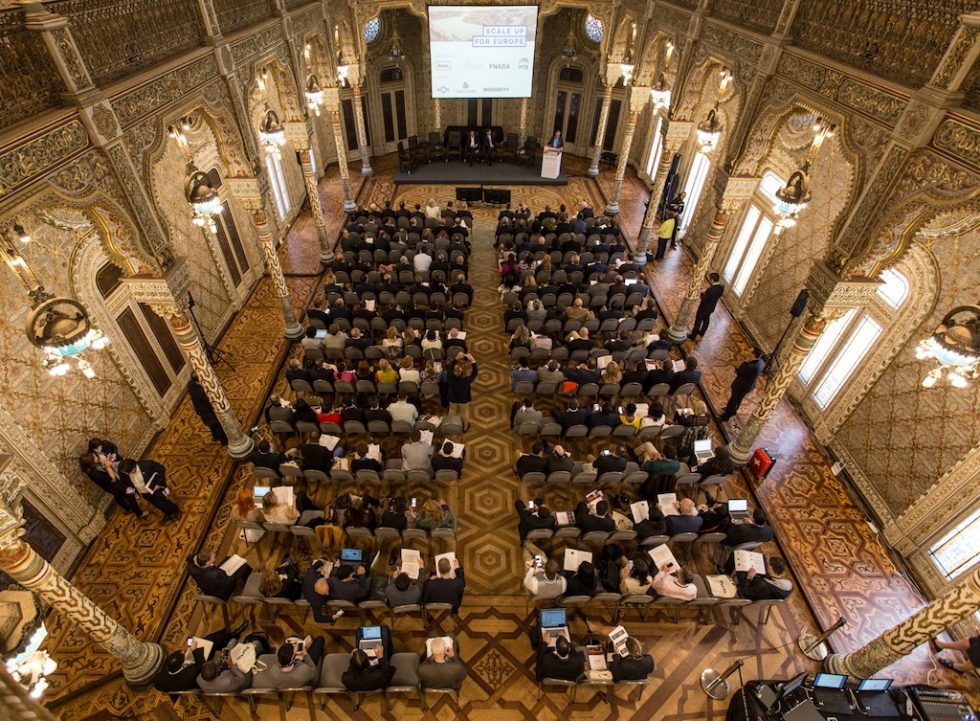 Entrepreneurship took Porto by storm on the first day of Scaleup For Europe. The annual conference of the EBAN network, part of the Start & Scale week, took place for the first time in Portugal, reflecting the recognition of the international community in the Portuguese entrepreneurial potential.

The iconic Palácio da Bolsa was the stage for Scaleup for Europe, which in the early morning, brought together more than three hundred investors and entrepreneurs coming from all over the world. Candace Johnson, EBAN’s President, Ricardo Luz the congress chairman and member of EBAN, and Filipe Araújo, Councilor from the city of Porto, were responsible to open the congress, where the capacity of the city of Porto in positioning itself as an avant-garde city at several levels was highlighted.

João Vasconcelos, Secretary of State for the Industry, was also present at the event. In his speech he made reference to the different policies pursued by the Portuguese government to capture the interest of investors and the knowledge and capital gains that arise from that strategy.

The usually called “smart money”, where investment does not translate only as money, but also in business knowledge, creation of network and access to skills and to the market, was  one of the most discussed topics on this first day of the congress.

The multiplicity of experiences from many entrepreneurs and investors who were on the different panels brought value to the congress, where presentations, workshops and round tables occupied the different rooms of the Palace, in an environment that was ideal for the exchange of knowledge, experience and contacts.

But it was not only inside the Palace that we could see entrepreneurship and innovation. At Rua das Flores, there were many who wanted to venture into the challenges of growth, playing games on the scaleup subject.

This Start & Scale week is positively confronting the city with words that seem to belong or just be recognized by minorities. However, Scaleup Porto strategy is focused on the city as a whole, because when we invest in a strategy that helps businesses grow, we are investing in the creation of employment and wealth, developing the region.

These corporates want you

Speaking of collaborations between startups and corporates, there are some established companies that have been…

The door 73 in Infante D. Henrique Street, in Porto, opened to what was the…