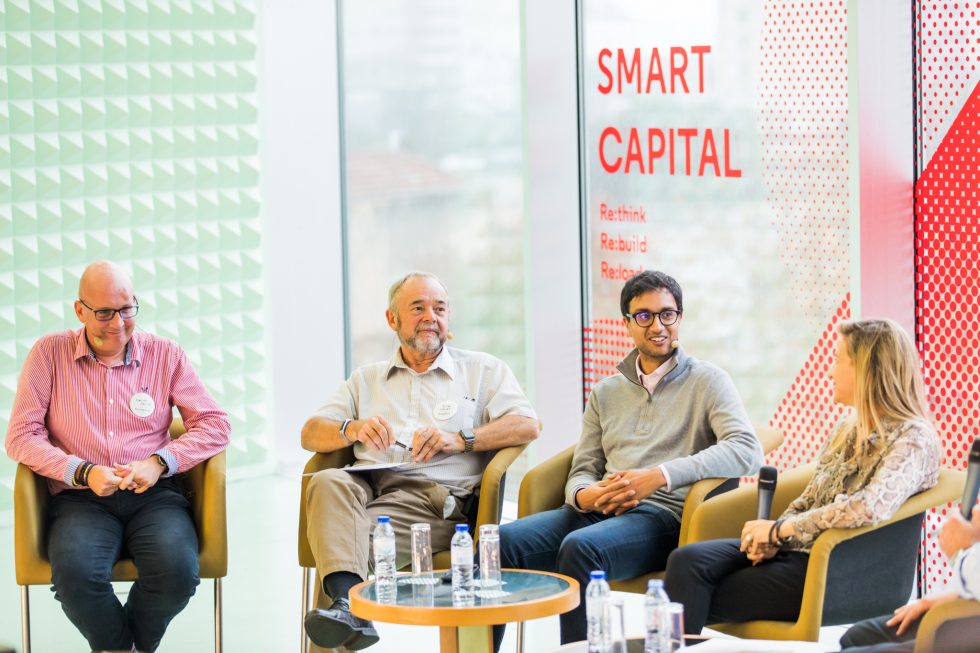 Casa da Música hosted Smart Capital, an event that provided Invicta corporate innovators, investment fund managers, independent investors and entrepreneurs with an opportunity to discuss the upcoming challenges of the city’s technology ecosystem. The initiative took place this tuesday and was marked by a common idea: Porto’s technological ecosystem “is more alive than ever”.

The ScaleUp Porto initiative develops in Porto a strategy for promoting the entrepreneurship ecosystem as part of a broader vision for innovation.

Talent development, knowledge sharing, linking with other ecosystems and future partners and clients of the region’s startups are some of the themes worked towards promoting the maturity of companies.

Part of this strategy is based on the need to self-evaluate and adjust to build the sustainability of this ecosystem. It was in this sense that ScaleUp Porto challenged a group of investors and innovators in more established companies to a workshop focused on discussing the future of the entrepreneurship ecosystem in the city.

In the words of Filipe Araújo, vice-mayor, who also oversees innovation in the city, Porto is “a competitive city and, in 2015, we launched ScaleUp Porto, to trigger a strategy to support growth in technological ecosystem. The next step is to solidify and scale the strategy itself”.

This session was attended by key national guests for the joint implementation of this strategy, coming from organizations such as Bynd Venture Capital, Portugal Ventures, Invicta Angels, Efacec, Altice Labs, Sonae, Frulact, among others. But the event also involved international guests, from a city positioning perspective, but also contributing to other visions and experiences, bringing Peter Cowley, president of the European Business Angels Network, David Page, founder and CEO of Business Mix and former Visa Europe director, Hussein Kanji, partner of Hoxton Ventures, and Dana Ben-Yosef of Shalu Investments.

The initiative would not be complete without involving startups and the rest of the technology community. In a partnership with the Porto Design Accelerator program, the guests shared knowledge, case studies and new perspectives with the ecosystem, promoting new connections and opportunities.

The ScaleUp Porto initiative was launched in 2015 as a Manifesto and has been developed in an active partnership between different innovation agents in the city. With a wide range of initiatives in activities such as Start & Scale Week and the Call for Activities, it has already involved approximately 20,000 participants. Other initiatives have been promoted, such as training programs, or Doing Business, which has already facilitated the link between 55 startups and 40 more established organizations through the promotion of 327 business meetings.

During this week, Porto is the European Capital of water and innovation. The Alfândega Congress…

In another sunny day in the city of Porto, the morning started with Scaleup for…

SWORD Health doubles Series A with a 8.6 million new round