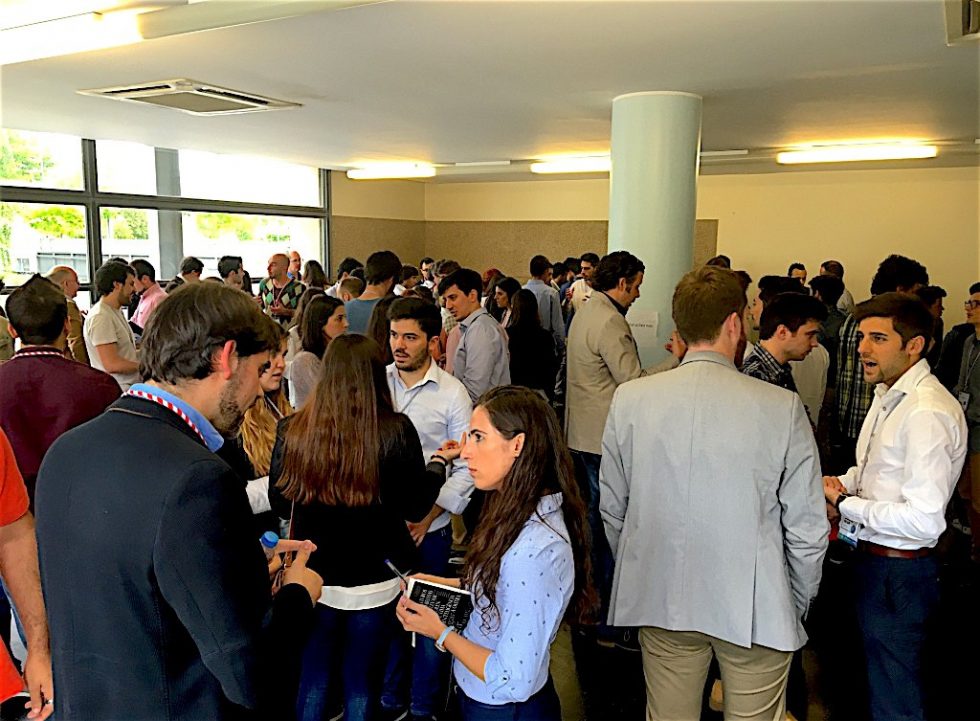 The Start & Scale Week, promoted by ScaleUp Porto, started last Friday. The first event on the agenda was Pitch Bootcamp, a 2-day program that puts some of the most competitive companies in Portugal in touch with university students and recent graduates, promoting talent and supporting companies look for human capital.

In this edition, 100 students from the Polytechnic Institute of Porto were in touch with 120 companies from the region. They learned about their skills, their place in the market and the different paths they may follow after graduating.

If at first glance the ScaleUp Porto strategy seems to be focused on startups growth only, carefully read the Manifesto and you’ll notice ScaleUp Porto intends to go much further. Helping companies grow and reach international markets is one of the goals, but isn’t that a way to also generate more jobs?

What happens when these companies find the resources they need to grow? They search for talent and grow their teams.  By keeping people in the city, they directly generate new jobs, not to mention the ones they generate in indirect way.

A good example is young Mindera. After only one year in the market, the team already had 120 people. Another example is set by UPTEC. The Science and Technology Park of the University of Porto has already supported 370 companies that contributed to the creation of around 2.000 jobs, 90% of which are occupied by graduates and postgraduates.

By supporting growing companies, promoting job creation and aggregating all of the stakeholders – citizens, companies, public entities and national and international investors – the city wants to promote the quality of life. This is one of the mottos for the Start & Scale Week. With activities targeted at a diverse audience, Porto is reinforcing the ecosystem as a hub for innovation, entrepreneurship and job creation, on a national and international level.

The city as a living lab – Hackacity is back!

Start & Scale Week: Hackacity - 27 & 28 May The technological marathon that promotes…

Daniel Pinheiro was the third guest in the “Road to Doing Business” cycle. The actor…