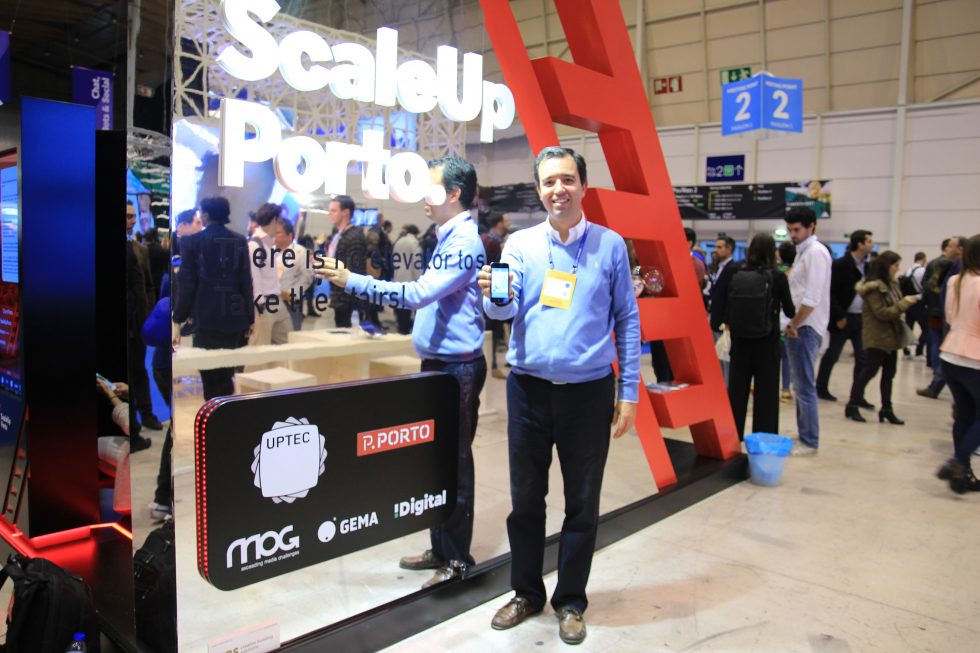 Lisbon received the 8th edition of Web Summit, the biggest technology conference in Europe, attended by 53.000 participants, from 150 different countries, and 600 speakers.

For ScaleUp Porto the balance was extremely positive. The space dedicated to the strategy – that works to consolidating and promoting the ecosystem of Oporto on a world scale – heard dozens of voices, many of them foreigners, very interested in the initiative and congratulating the Municipality.

ScaleUp Porto’s stand was one of the most sought by entrepreneurs and startups, worked as a central point of connection with the community, strengthening the positioning of the ecosystem and highlighting Porto as a unique city for the development of new business projects. We had the pleasure off receiving our State Secretary for Industry, João Vasconcelos, the European Commissioner for Research, Science and Innovation, Carlos Moedas and city’s councilman for Innovation and Environment, Filipe Araújo.

Integrated in this live networking laboratory, Gema Digital, MOG Technologies and Impacting Digital are three scale ups of the city of Oporto that integrate ScaleUp Porto and were present in the space, making it a meeting point for entrepreneurship and innovation ecosystem of Porto and positioning the Municipality as an opportunity facilitator.

To ScaleUp Porto the main objective was to integrate the community, strengthen it and make new contacts and businesses. The aim is to create a network and expand to other cities in Europe, using the ScaleUp for Europe strategy as a link to other global communities and ecosystems. These are the pillars of the ScaleUp Porto strategy that assumes Porto’s desire to establish itself as a living laboratory, in which everyone is invited to be an active part in creating sustainable ecosystems of entrepreneurship and innovation.

The first edition of the Start & Scale Guide was launched during the event. This guide links the city with startups and scaleups, bringing to the role the dynamism of the community.

The Web Summit will remain in Lisbon for two more editions and was founded by Paddy Cosgrave, David Kelly and Saire Hickey. The main focus is the development and use of technology on the internet.

Bistas Largas to see more than the obvious

With Bistas Largas, Cintesis promoted knowledge sharing to support the development of businesses in the health sector.…

StartUP Juventude is a project from Fundação da Juventude, with 500m2 for incubation and coworking space in…

Following the excellent feedback from the 2016 edition, the 2017 Start & Scale Week included…